For example, if I’m doing a Canary deployment of a new shopping cart service, I may want my inventory and ordering services to call the same weighted destinations consistently, AND I want the ability to update the destination weights, e.g. go from 90% v3 and 10% v4 => 50% v3 and 50% v4 without needing to know what routes are referencing my upstream destinations. 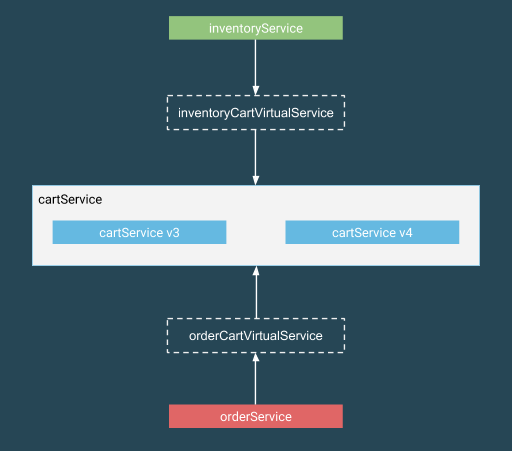 There are two steps to using an upstream group. First, you need to create an Upstream Group custom resource, and then you need to reference that Upstream Group from your one or more route actions. Let’s build on our Multiple Destination example.

Once deployed, you can update the weights in your shared Upstream Group and those changes will be picked up by all routes that referencing that upstream group instance.