In this guide you are going to add Users and Groups to a Usage Plan that is associated with the version of an API Product in an Environment. A Usage Plan can specify the authentication policy and rate limit policy for a set of users or groups. When a user wants to consume an API Product, they can authenticate for access using either an API Key or OAuth (coming soon). Users can also log into the Portal UI to test out the API Product commands and procure an API Key for authentication.

We will do the following:

You will need these things in place to follow the guide:

Creating a user and group

We are first going to create a user (dev1) and then add them to a group (developers). Users and groups are both stored as Custom Resources (CRs) in Kubernetes. Each user can log into the Portal UI using a hashed password stored in a Kubernetes secret. Other authentication methods will be added in future releases. A user can be added through the Admin Dashboard or by creating the Kubernetes Secret and Custom Resource using kubectl.

In our example, we will add a user by using kubectl. You can also create a user with the Admin Dashboard.

First we will create and store a password in a Kubernetes Secret. The plaintext password is hashed using a bcrypt function with a cost of 10. We can use the htpasswd function from the apache-utils package to do the same at the command line.

Next we will create the user by submitting a Custom Resource configuration:

We can verify our user was created successfully by running:

The state of the user CR should be Succeeded.

With user dev1 created, we can now create a group and make dev1 a member. Users are associated with groups based on a label applied to the user CR. The group CR has a userSelector setting specifying which labels it should match when evaluating user CRs. We’ll first create the group and then apply the label set in userSelector to dev1’s CR to make them a member of the group.

You can also create a group with the Admin Dashboard.

Now let’s verify that the developers group was created successfully:

The state of the group CR should be Succeeded.

We can validate that dev1 has been added to developers by looking at the status of the developers CR:

Now that we have a user and group, we can set them up with a Usage Plan on the Petstore API Product.

Adding a group to an API Product in an Environment

We are going to create a Basic usage plan for our Petstore API Product and then associate that plan with the developers group we created earlier. You can also configure a usage plan with the Admin Dashboard.

We will first update the configuration of the Petstore API Product in the Development Environment to include the Basic usage plan:

Our user dev1 should now have access through the developers group to log into the Petstore portal, procure an API key, and test the API Product’s functionality.

In order to access the Petstore portal, you will need to update your hosts file to map petstore.example.com to the IP address of the Istio ingress controller. If you haven’t already done so from the Getting Started exercise, you will need to do the following.

Make sure you’ve got the INGRESS_HOST and INGRESS_PORT environment variables set.

Now you can go to the Petstore Portal in your browser using http://petstore.example.com and the INGRESS_PORT.

Click on the Log In button and enter the credentials of the dev1 user - dev1 and mysecurepassword : 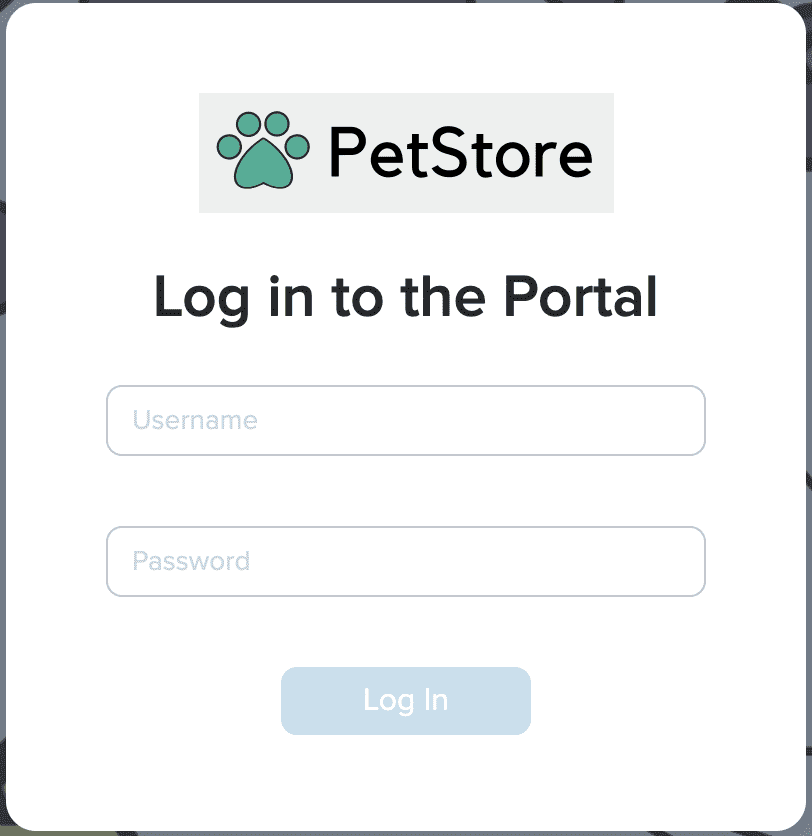 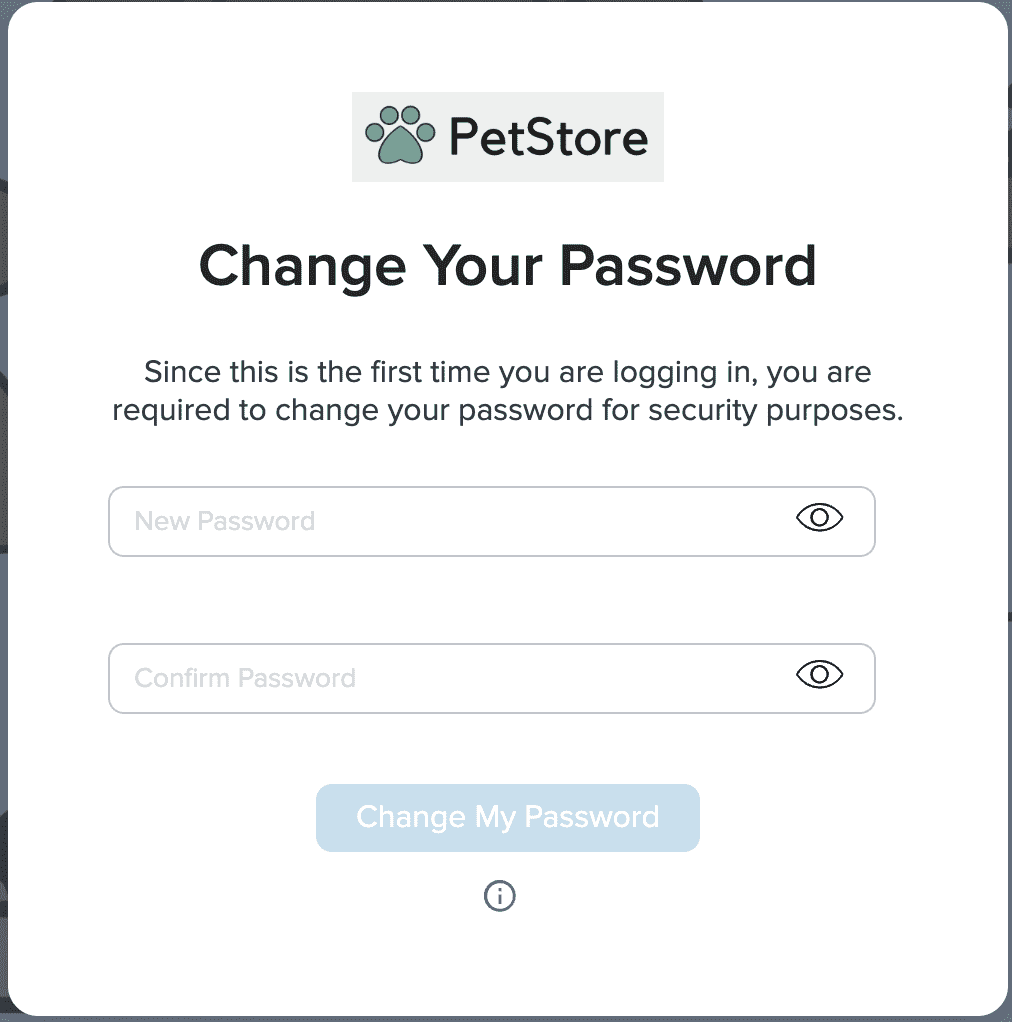 Now that we’re logged in, we can see the APIs that are available through the portal. 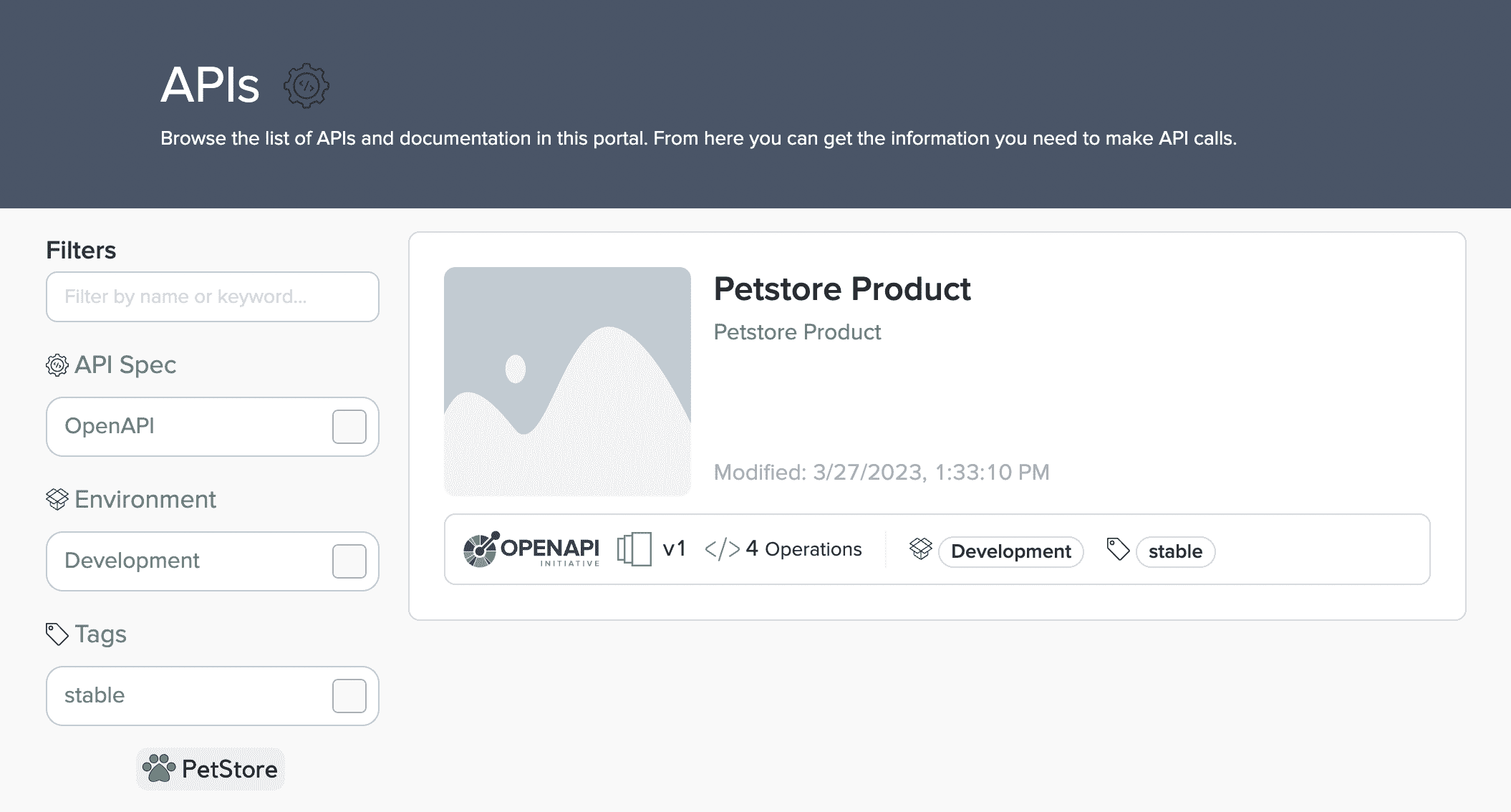 Before we try and test the APIs, let’s procure an API Key. To do this, we can click the down arrow next to the dev1 login badge and select API Keys. 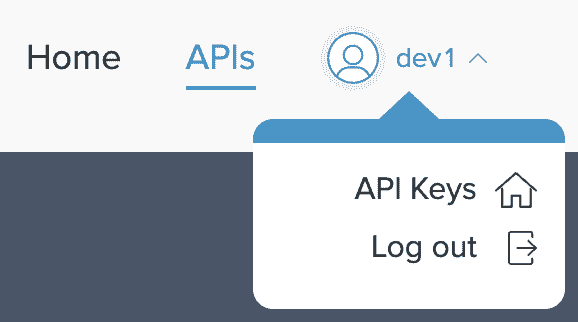 This will take you to the authentication page, where you can generate API Keys for any plan that has been assigned to you.

First click on the API Keys icon to expand the area below it. In our case, the Basic plan has been assigned for the Petstore Product v2 API Product in the Development 2 environment.

Click on Add API Key to generate a new key, and then click on Generate Key to confirm. 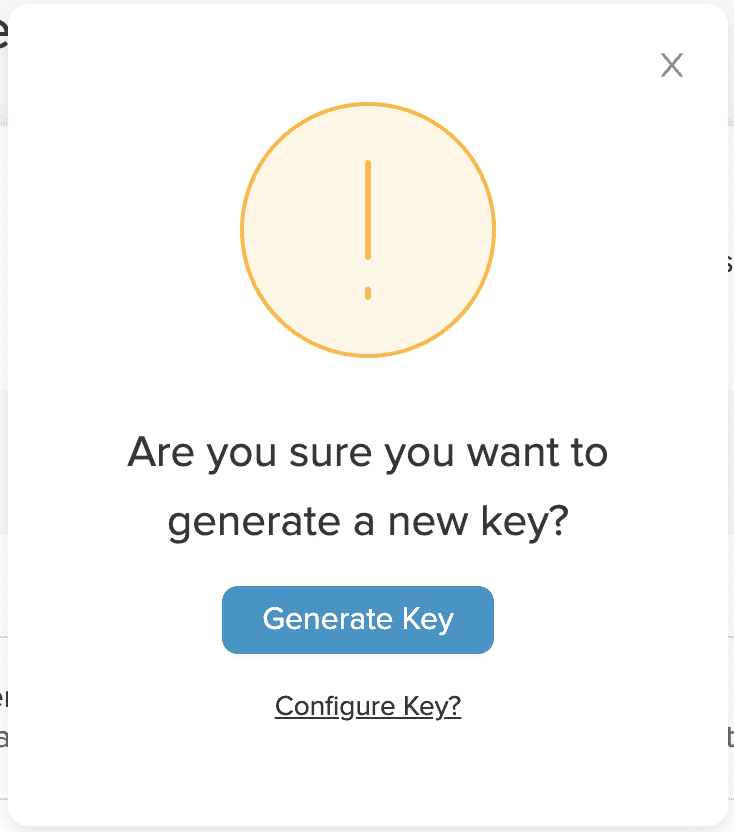 A new API Key will be generated, which you should copy for later use as we test the Petstore API.

Now we can go back to the APIs page and select the Petstore Product to test the API in the browser.

Click on the version of the API Product you want to test. 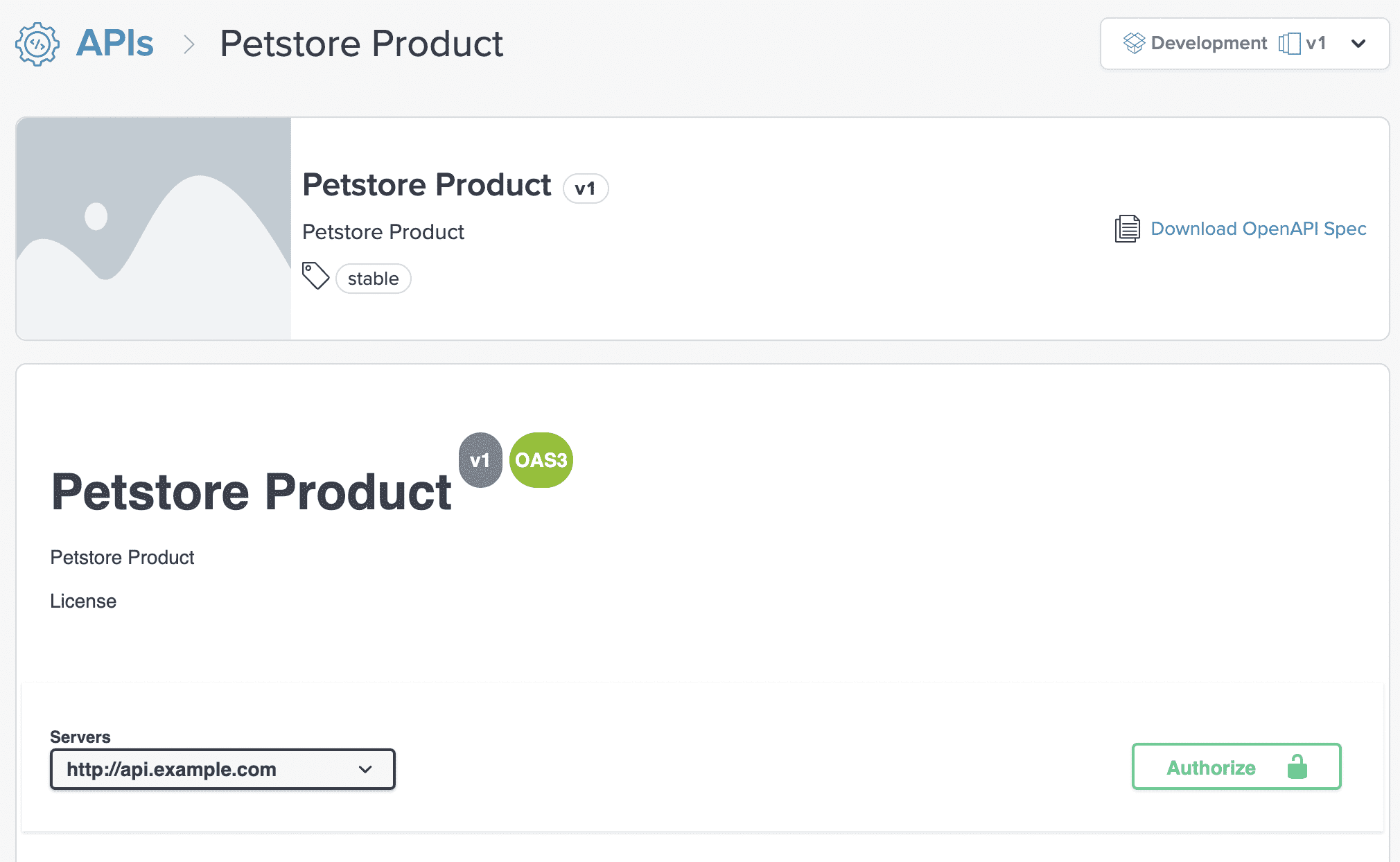 On the main API Product version page, you can view the different API commands and test them in the context of the browser. Since we have an API Key, we are first going to click on Authorize to add that key to the test commands. 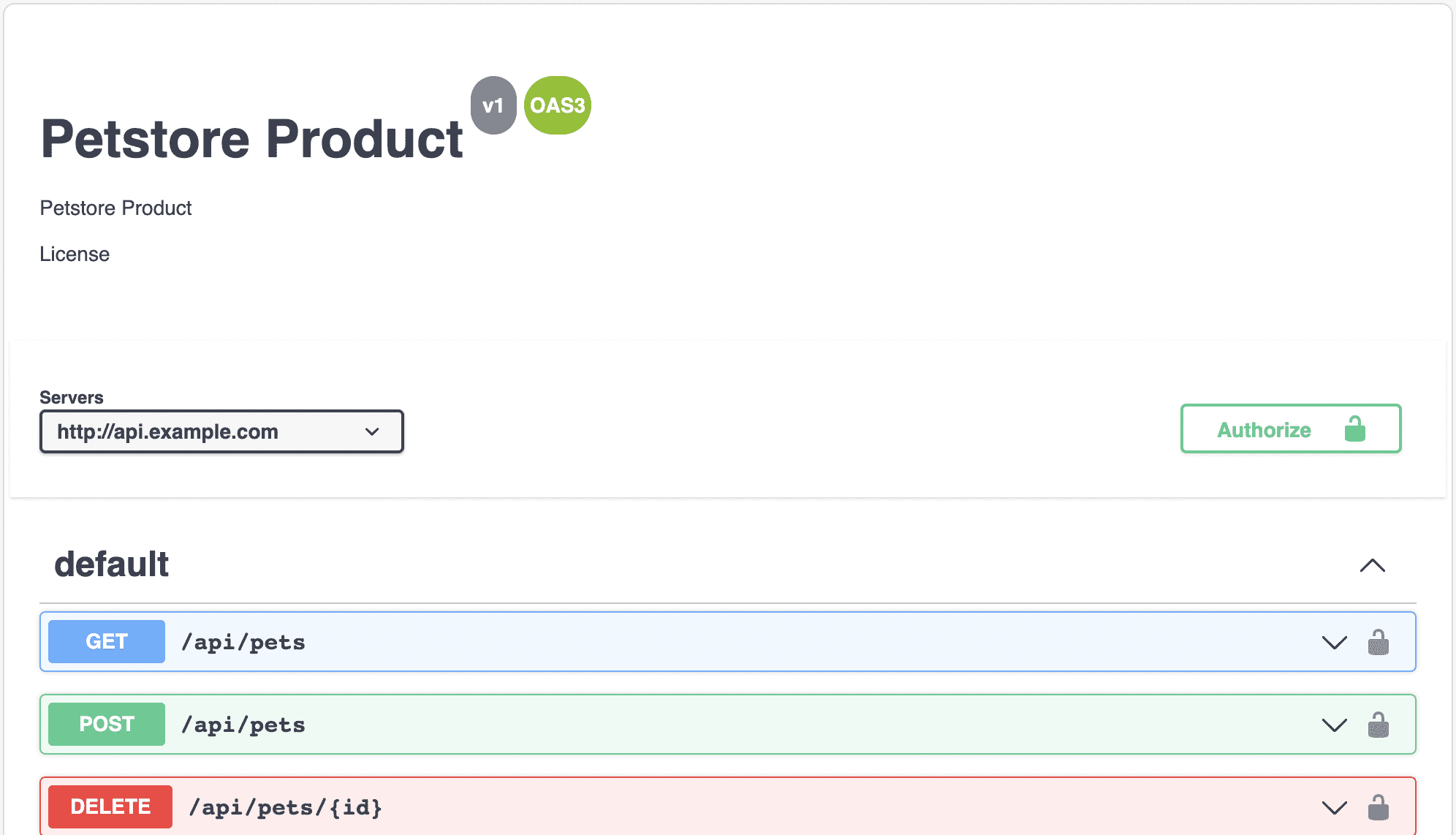 In the Available Authorizations pop-up, enter the API Key from earlier and click Authorize. 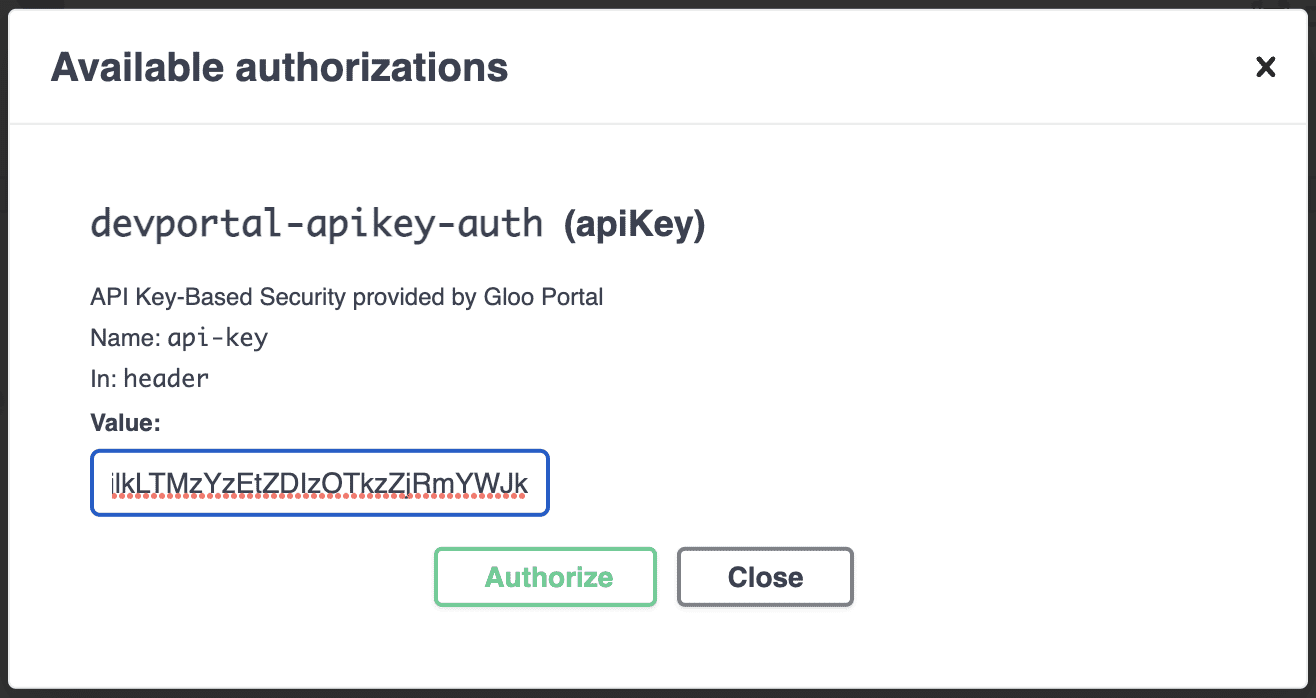 Now we are ready to test the API commands with an authorized key. Expand the GET /api/pets command and click on Try it out to try the command in the browser.

Click on the Execute button and you will see a response similar to the graphic below. 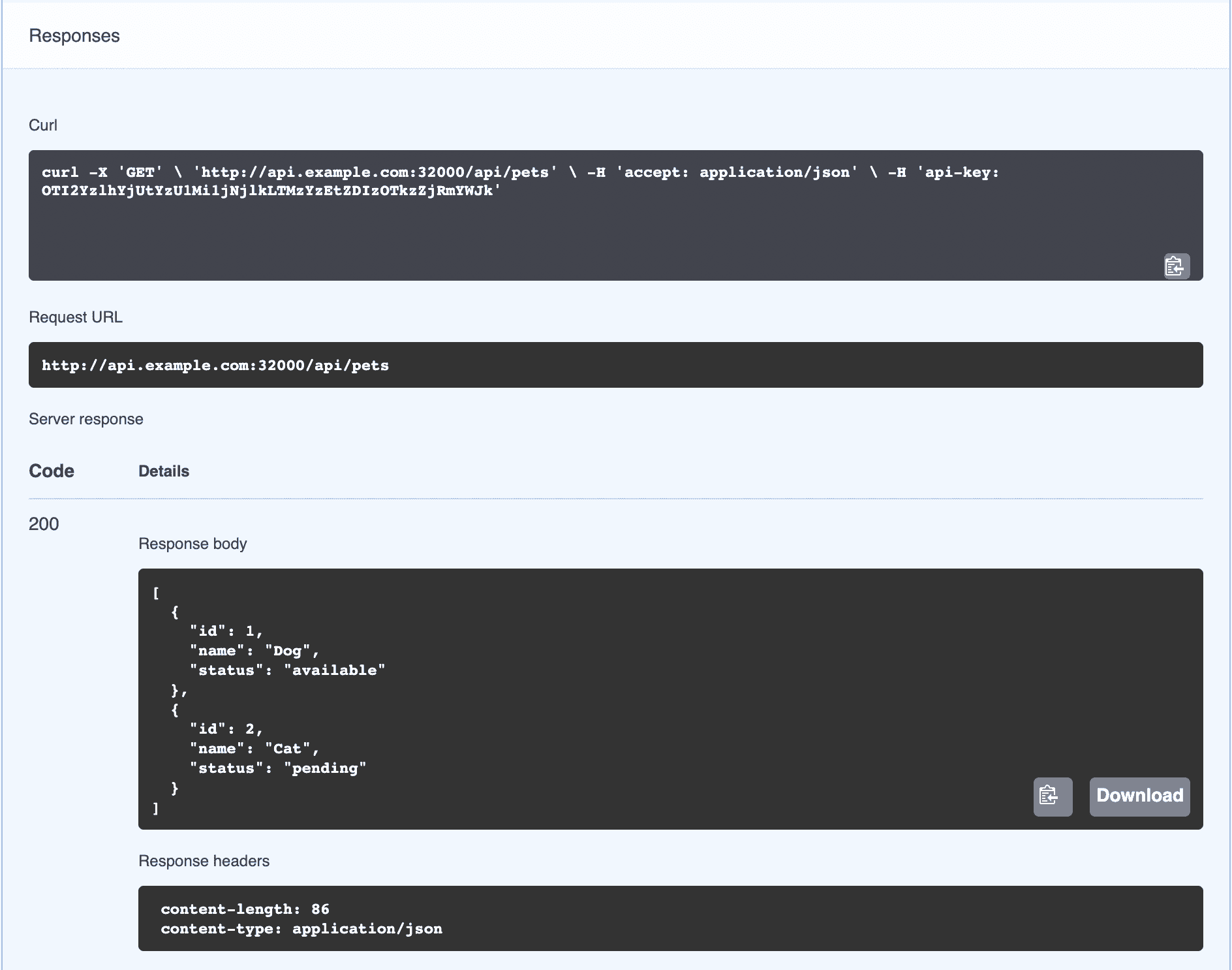 The request uses the header api-key with the value we set in the authorization section. The response code is 200, showing that the request was processed successfully.

Now that we have enabled a Usage Plan for the API Product, unauthenticated users will no longer be able to access the published operations. Let’s try the curl command displayed by the Portal UI without the API key:

We will get a response of Error: Unauthorized with a status code of 401.

Likewise, we placed a rate limit of 5 operations per minute in our Usage Plan. If we execute an authenticated request 6 times in rapid succession, the sixth request will receive the message Error: Too Many Requests with a status code of 429.

You may want to learn more about the concepts behind users, groups, plans, and portals. Check out the architecture page of our concepts section as an excellent jumping off point to better understand how all the pieces of the Gloo Portal fit together.